International Amiga Day - The day has come to celebrate the Amiga!

Rejoice all you retro gamers as the time has finally come to get your Amiga out and relive the golden years of the Amiga 500, 1200 or whatever system you had at the time. It's International Amiga Day which is in celebration of Jay Miner who, according to Gyorgy Dragon, was the father of the Amiga and today is his birthday. And what better way to celebrate that day than to do something related to the Amiga, it can be playing Amiga games on an emulator, using the original hardware or turning the old girl white again through a multitude of chemicals. This is going to be a great day as thousands or even millions of gamers around the world will be celebrating what I myself had the pleasure of playing.

Just take a look at my collection for example, I still have an original A500 and a modified A1200, two of the greatest systems Commodore ever released. Yes there were others but these are the ones I rememember, it's just a shame that the first A500 I had was thrown into a bin just because of a few broken keys. You can see my retro collective story both here and part 2 here. 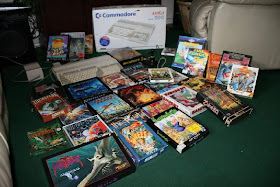 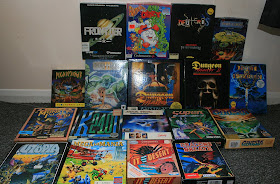 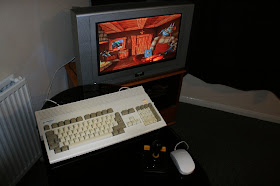 It's incredible to think that products are still being sold for the Amiga, ranging from accelerators such as the ACA500 for the Amiga 500 and new floppy usb devices such as the Gotek USB device. Fans will not let the Amiga die and thus will most likely go on and on even beyond my passing. 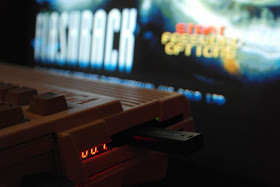 The era of these systems also had some of the best games ever made ranging from Adventure titles such as It Came From The Desert and top down shooters such as Cannon Fodder. So many games, so many hours of my childhood spent lost to the data on a small floppy disk, but it was a good time indeed!

Yet let us not forget the last true day of the Amiga, not the ones by fans or the desktop style PC's but the day when the company behind the Amiga went bankrupt. And that day was April 29th 1994, yet many still wonder what would Commodore be doing now if they never went bankrupt.

Now that sad moment is out the way, I'll put these questions to you, which Amiga did you have? Do you still have an Amiga? What will you be doing today to celebrate International Amiga Day?

My last bit before I go, if you are still looking for a miggy make sure to check out these videos, as they pretty much have every bit of info before you put down your hard earned cash.

If you want to play some awesome Amiga games in a single portable exe on your PC for free then make sure to check out The Company.PL's releases, of which we post as soon as they appear. Or check our ever growing list here

But if downloading portable exe's isn't to your liking or If you don't have an Amiga available, then I'd highly recommend using the latest PC-Amiga emulators such as FS-UAE or WinUAE. Two of the best emulators available for installing an Amiga OS on your PC or playing ADF/WHDLOAD games.
at Saturday, May 31, 2014