Skool Daze - A retro childhood classic is coming back on Mobile and Tablets! 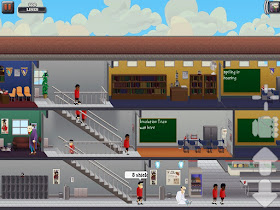 A fantastic news story has just reached our inbox today and also thanks to a hearty mention by Chris Wilkins (Fusion Retro Books), is Alternative Software's upcoming Skool Daze remake which is coming to mobile and tablets very soon. It's incredible to think that Skool Daze was first released way back in 1984 for the ZX Spectrum and C64 created by David Reidy. It was the only game of its time, that gave you the experience of being at school, while also being an unruly child trying to steal a report card from the headmaster's safe before your parents end up seeing it. So you can see why I'm just that little bit excited to play this remake as the game is a very nostalgic experience for me, even if I was a good boy at school. 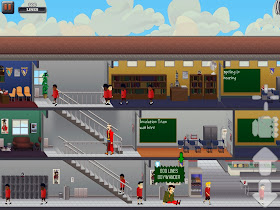 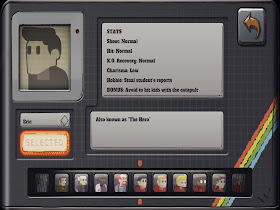 But Skool Daze on tablets and mobiles isn't the only version you'll be able to get your hands on. As a number of other versions have been made available that are every bit as good as the original game. The first one you'll be able to play is Klass of 99. Available for Windows and GBA, it had far higher quality graphics of any spectrum game and took Skool Daze into a modern generation of systems. It is a very well made remake and has a great list of school characters. 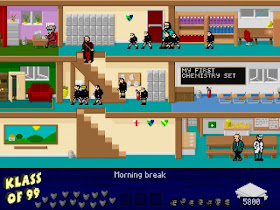 The other version however isn't a PC download, but an actual ZX Spectrum to Amstrad CPC port by Joseman that was released earlier this year to much surprise by the gaming community. It was very faithful to the original game and featured many of the antics from the ZX Spectrum. The only downside was the colour pallet, as the colours did actually look better on the Speccy. But still a good port overall and well worth looking into. Link 1:) Source ( Scroll down for download ) 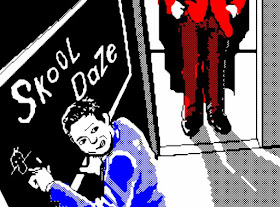 And that is pretty much all there is to offer in the way of Skool Daze, but what a glorious day indeed and I can't wait until Alternative Software releases Skool Daze on mobile and tablets, but will it be as good as the original? Only time will tell.