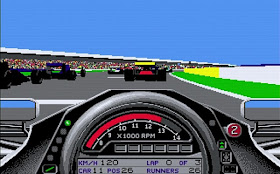 As many of you know the Amiga accelerator the ' Vampire ' has been around for a little while now, giving incredible performance boosts to the Amiga 500 and Amiga 600 as the Vampire 500 V2+ and Vampire 600 V2. A powerhouse of technical marvel by Igor Majstorovic, (Majsta) and tcore (CPU) by Gunnar von Boehn, (BigGun) that is faster than an Amiga 1200 with a 68060 accelerator running at 80MHz with very little heat or power consumption! However that is all well and good but what is lacking is AGA Integration, which as of this moment is being shown off in some rather impressive game play frame rate teasers!

But that's not all that's been teased as below is a little sneak view into the AGA integration into the Apollo core as a work in progress development. According to guibrush 8 different games are shown running on the chipset integrated into the Apollo core of the Vampire. The computer is hooked up to the monitor with the HDMI cable, therefore, the AGA video output and the audio output too is done by the Vampire itself .


But that's not all as the first post on the forum linked below states "The display is done in true 50Hz, so there is no tearing and no frame dropping while displaying. It's as smooth as the original PAL displayed version. No configuration, don't need to tune up the prefs : it's just work out of the box. But we don't stop there : we have a nice complex scanline effect that simulate the rendering of the old beloved CRT monitor. So, best of both world : smooth without tearing, scanlined, but displayed without flickering on a modern display via the Digital plug."