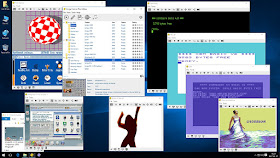 Unlike our previous news release which turned out to be a leaked post from an actual EAB staff member, this time Cloanto have OFFICIALLY released a new update version of Amiga Forever as Amiga Forever 7 . Regarded as one of the top Amiga emulation software packages for the home computer and also from the same team behind C64 Forever, this latest version brings it bang up to scratch with a large list of fixes and improvements that you really should be updating to if you want the very best in Amiga preservation, emulation and support packages! As in their words : Amiga Forever 7 closes the circle between gaming, productivity and preservation of digital culture while adding new features and providing access to a universe of free and legal downloads. 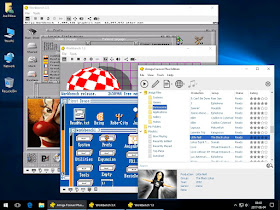 According to the main site, the new editions are the result of more than 18 months of uninterrupted work since the previous major release. The active code base now consists of more than half a million lines written by Cloanto, in addition to OS components and independent open source modules of which Cloanto too is a grateful and active contributor. Furthermore new features include the ability to autostart the PC into any Amiga configuration, enhanced PowerPC emulation support, custom content folders and playlists, and a "playerless" title playback, preview, editing experience and much more!