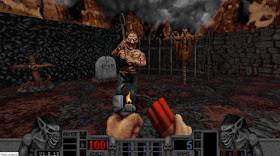 The news just gets better and better this week as we've just been told Monolith Productions bloody gory and hellish first person shooter of ' Blood ', has been released on GOG and Steam as a remaster by Nightdive Studios! Yes indeed this ultimate classic of a game remastered, and one we have been eagerly awaiting for some time, is not only available to buy right now, but the lead engine creator Samuel Villareal who has teamed up with Nightdive Studios for this Blood remaster, has worked on previous great games including Turok and even Turok 2!

Battle an army of sycophantic cultists, zombies, gargoyles, hellhounds, and an insatiable host of horrors in your quest to defeat the evil Tchernobog. Squirm through 42 loathsome levels filled with more atmosphere than a Lovecraftian mausoleum. Begin your journey armed with a simple pitchfork and earn more effective implements of destruction like aerosol cans, flare guns, voodoo dolls and more. 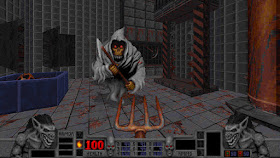