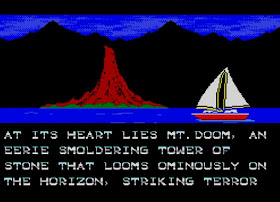 As many of you were aware by now, Collector Vision Games had released a great game called Sydney Hunter and the Caverns of Death for the SNES in which you play as Sydney trapped inside an ancient volcanic cavern and the aim to survive and win your freedom. Well if you don't have a SNES and instead a Sega Master System, you'll be pleased to know Collector Vision Games has shown off the latest work in progress footage of this upcoming SMS game!

Although many of us had the opportunity to play this incredible game on the SNES and the fact Sydney Hunter and the Caverns of Death had finished development in February 2019 for the Colecovision and MSX. The team behind the game had mentioned through their twitter page, that this game is now being ported to the Sega Master System with improved graphics and FM music, and will also be available at some point soon along side Sydney Hunter and the Sacret Tribe from Collectorvision.