Altered Beast - A classic Arcade beat em up, given the fan treatment 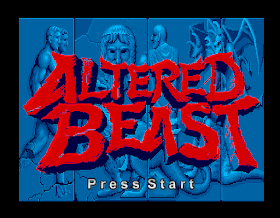 If you are a retro gamer, chances are you would've heard or atleast played the 1988 classic Arcade game of Altered Beast by Sega which appeared on multiple systems including the Sega Mega Drive. Well if you do remember it, you'll be interested to know LucasCCBJogos has released an early fan game of that classic title but instead will be playable via your browser linked through the gamejolt website.


Developed using Construct 2 and currently in early access, the developer has said the game is ready to play in the "Classic" mode, but the end is still missing with further modes such as a "Battle" mode will be added down the line. The battle mode will be an addition whereby you will duel with epic masters that are in the game and other differences yet to be mentioned with different levels!  And that's pretty much all we know so far, but if you want to play the game in its current form, it's available below with other system versions due soon.