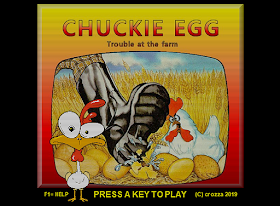 It's incredible to think that Chuckie Egg was a game released years ago in 1983, initially for the ZX Spectrum, the BBC Micro, the Dragon then other systems. Well now after a surprising tease via the GameJolt website. We've come across a new PC remake of that classic game, which has been released by pj_crozza, developed using Game Maker and is based around the style of the Atari 8-bit version! 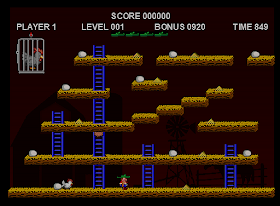 Playing as a little yellow man or blue jeaned green hat guy in this version, you must collect twelve eggs in each level before the timer runs out. You can also collect seeds which can increase points and slow the timer down. That's unless the hen's haven't eaten them all or killed you! So good luck and enjoy this latest PC remake available to download as of this week below.