SonicGX - Sonic the Hedgehog running smoothly on an Amstrad?! WOW 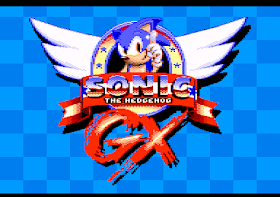 In the early 90's I had the pleasure of playing the mind blowing platformer Sonic the Hedgehog on both the Sega Megadrive and Sega Master System. A game by Sega which featured a ring collecting blue hedgehog that could spin, run, jump and roll about at the fastest of speeds in a battle against the main antagonist Doctor Eggman, plus a number of other menacing enemies throughout each level. Now I'm sure many of you remember playing this fantastic game and probably still playing it to this day, but what you probably didn't know that as of today thanks to a heads up by Carnivius. NoRecess and team look to be working on a rather impressive Amstrad GX4000/Plus conversion of Sonic the Hedgehog. 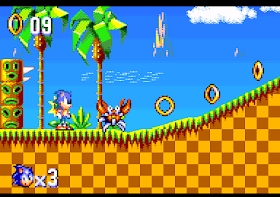 According to norecess464, he has said SonicGX was first previewed at the Alchimie XIII (1st of November 2019) as a work in progress game for the Amstrad GX4000 and Amstrad Plus Machines. He goes on to say the game features full-screen game-play at full-framerate (50hz) with approx. 40 colors on screen with other previews released at some point to a full release of the game planned for the end of 2020.