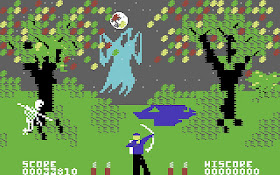 If you're looking to play some remastered classics in the near future, then you might be interested in this piece of news. As thanks to a heads up from Blues News, we've found that publisher Ziggurat Interactive having acquired several other publishers' back catalogues to gather a portfolio of over 140 titles, dating back as far as the 1980s. Will be remastering, reworking and restoring classic system and PC games from the past for modern systems.

As in the words of the publisher "Everyone at Ziggurat shares a passion for classic and modern games, and we’ve turned that passion into a game company that will be unlike any other". Furthermore they also go on to say "For each classic game we work with, we’re doing more than just reworking it –– we’re improving upon it in ways that are respectful to the original while preserving what the fans loved about it, and also boosting the ‘awesome’ of it for modern players."

For the first three games to get the remaster, although no further details such as screenshots or videos have yet to be shown, include : 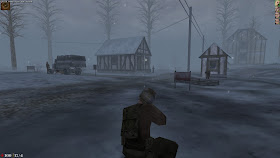 First released in 2001, Deadly Dozen is a World War II tactical squad-based shooter developed by nFusion Interactive. Infiltrate German-occupied territory with your squad of 12 military misfits. Destroy, steal, and kidnap your way out. Battle your way through a campaign spanning six war-torn countries. Each of your 12 death-dealing squadmates specializes in a different skillset such as sniper, demolitions, and more, requiring players to use teamwork if they want to survive.

Classic battlefield helicopter combat simulation Super Huey returns to the skies! This 1985 retro Mega-hit, developed by Cosmi, features four immersive modes: flight training, rescue missions, exploration, and combat. Players must use their multitasking skills to defend brothers in arms or gather critical information about the terrain, all while keeping that bird in the air. 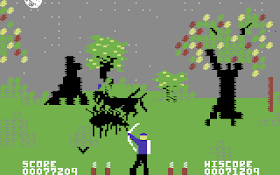 Fantasy action game Forbidden Forest is back, challenging archers to cleanse the woods of evil. Armed with only four arrows per level, players must eliminate monsters that include bees, giant spiders, mutated frogs, snakes, wizards, and dragons. Four levels of difficulty— Innocent, Trooper, Daredevil, and Crazy—are sure to keep brave archers on their toes in this updated version of a 1983 Cosmi classic that used a Demogorgon before it was cool.