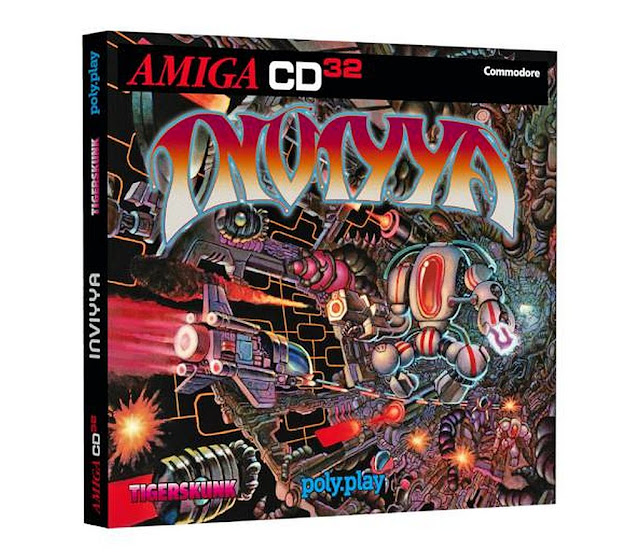 It might be time for dinner, but for us the great news never stops. As we've just been informed by the team of TIGERSKUNK, that the eagerly awaited Amiga game of 'Inviyya' published via poly.play, is not only going to be released as of February this year, but as an extra tease for all the Shoot 'Em Up fans out there. The team have also shown off some brand new box art, some extra info, and via Indie Retro News exclusive new screenshots! 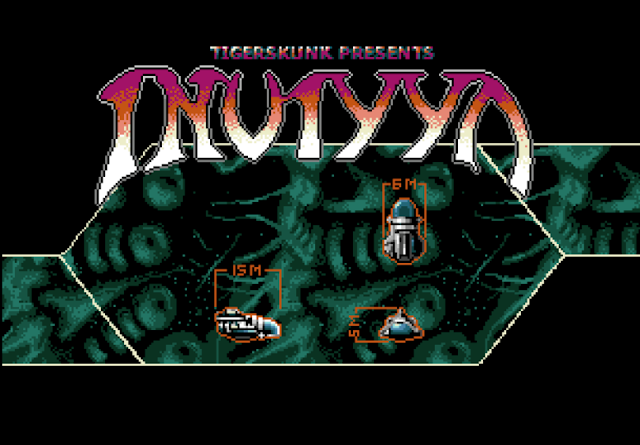 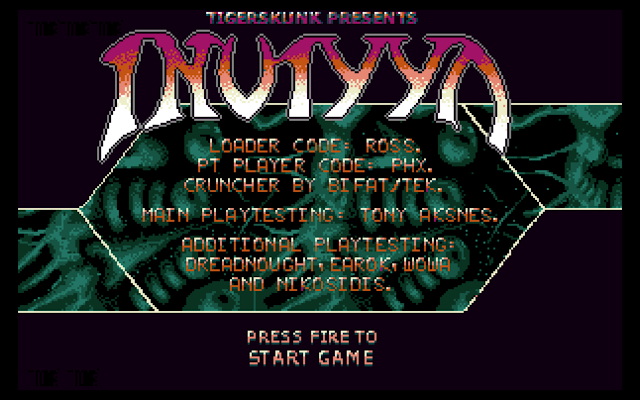 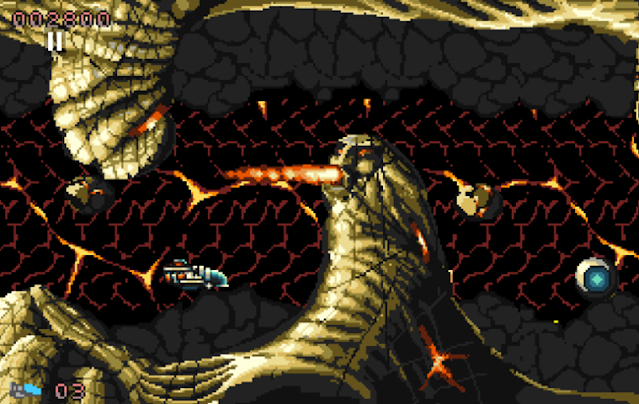 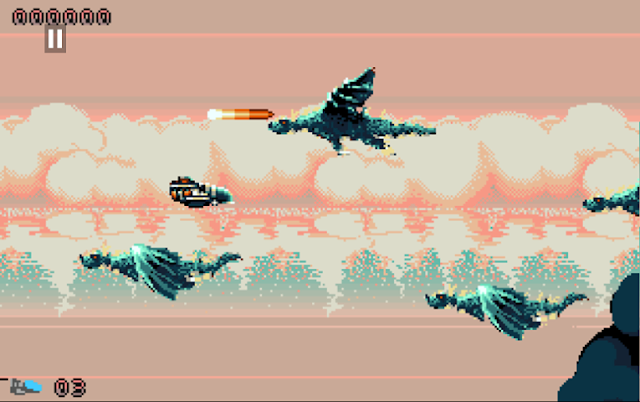 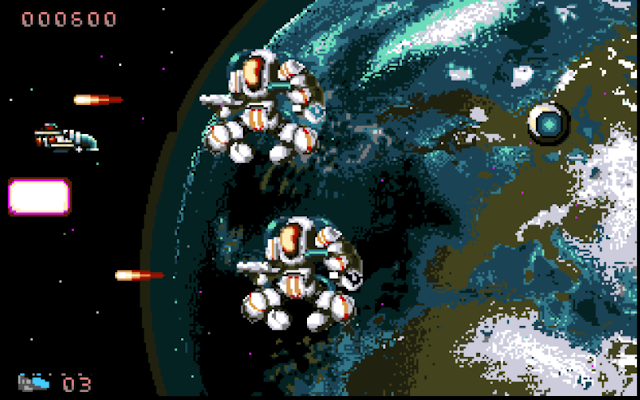 Although the game has been teased multiple times now, with an earlier demo released last year which includes features such as parallax scrolling, lots of enemies and objects on screen, and almost all of the game at running 50fps with just the slightest of hiccups. But what we do know now which is new info, is there will be 6 distinct levels, each with its own enemies (no reusage of assets), music, 6 different weapon upgrade states and an outro sequence for the Amiga 500 and up!

So yes certainly a game worth keeping an eye on, when it gets an eventual release either Big Box, CD32 or budget Digipack. (Yes Digital Download too!)