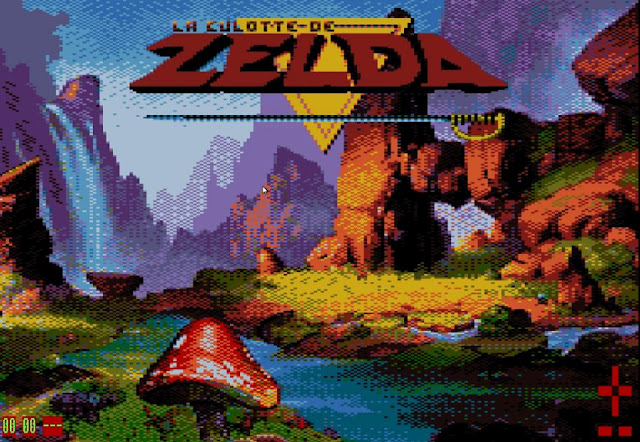 I thought to myself today it's been some time since we had any Zelda style games on Indie Retro News, but thankfully I came across one that doesn't only look like a Zelda game, but it could be the next best thing for any Amstrad Plus owner. Titled as 'La Culotte de Zelda' and created by Zisquier, with graphics by BDCIron, this is going to be an adaptation of "The Legends of Zelda" which came out on the NES, but also nods to "Link To The past" and "Link's Awakening".

According to the main source site for this game that currently stands at version 3.1[WIP], La Culotte de Zelda, features not just gfx made by BDCIron with a diverse amount of colours (among the 4096 offered by the Amstrad Plus), but the animations are smooth and fast, the gameplay is pretty well done, the sound effects are apparently atmospheric, and the music is from the original game cleaned up, and imported thanks to Arkos Traker.