S.P.R.E.R.O - A C64 H.E.R.O game created using only sprites for the Only Sprites Compo 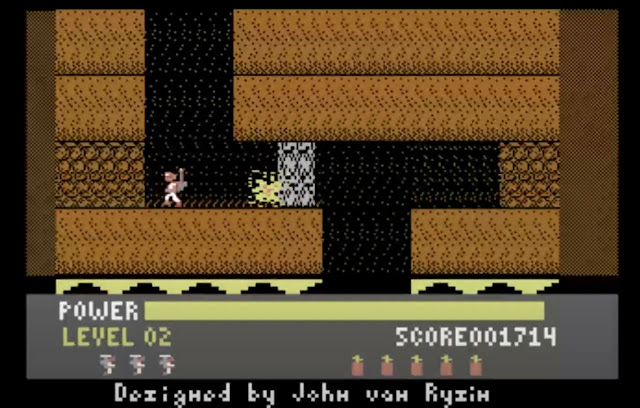 Sometime back we mentioned the classic game of H.E.R.O, which was first released way back in the 1980's for the Atari 800/2600, ColecoVision, C64, C128, and Sinclair ZX Spectrum, was not only being overhauled for the C64 but was also coming to modern systems as an inspired game called 'Bobby Bombastic'. Well if you've given up waiting for those games but still want some H.E.R.O platforming fun, you might want to play Oziphantom's(Protovision) latest offering of S.P.R.E.R.O; a C64 game created using only sprites for the Only Sprites Compo

In this classic game you play as ' Roderrick Hero ' and must search the cave system for the miners of Mount Leone, who have been trapped deep below after a recent volcanic situation that has occurred. The game features multiple levels, different themed underground areas, dangerous enemies such as spiders, and dynamite to blow up walls to reach the miners trapped below.