Pitfall II: Lost Caverns - Earok has released an early Alpha version of the 1980's classic for the Amiga 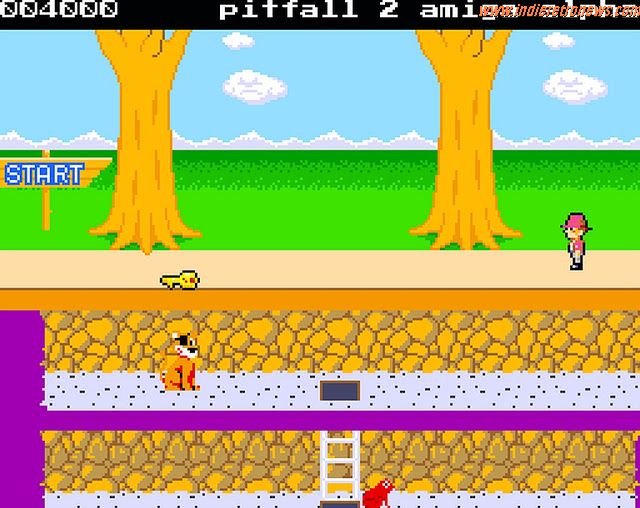 Streamers and Youtubbers are going to have a lot to talk about this weekend, as not only is there a beta version of Turbo Sprint for you to try, but there's a work in progress video for Duckstroma, an incredible beta release of Tinyus which is basically an Arcade quality port of Gradius, and now thanks to Earok letting us know, you can also play the latest alpha of Pitfall 2 The Lost Caverns. A port of the 1980's classic which was originally released  for the Atari 2600, Apple II, Arcade, Atari 5200, Atari 8-bit, ColecoVision, Commodore 64, MSX, IBM PCjr, SG-1000, Color Computer and ZX Spectrum!

According to Earok, Pitfall 2 The Lost Caverns, is not only a first draft alpha version, but it is a fully working and completable port of the C64 release, created using the Scorpion Engine, and graphics are mostly from the Sega arcade version, though they are temporarily using the Quickclaw and Rhonda sprites from the NES 30th anniversary Super Pitfall hack as neither character appeared in the arcade machine..... Do be aware however, this first release won't run smoothly on an A500 - but it should be OK on an A1200, and development wont be finished any time soon, as it has been set aside for future polish and optimization.