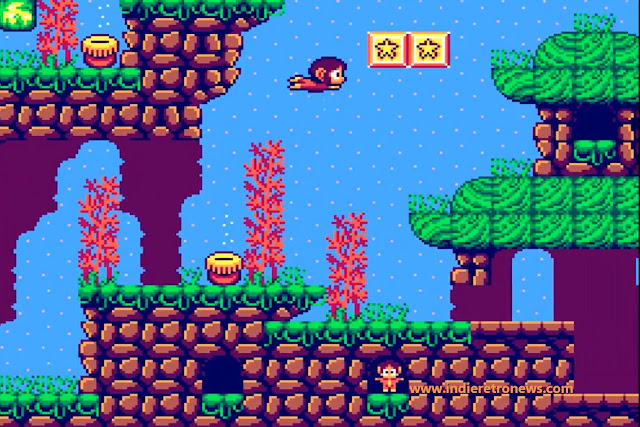 In 1987 Sega released the great side-scrolling platform game ' Alex Kidd ' for the Sega Master System console. Although it was first released in Japan in 1986 but internationally in 1987, it was one of the most well known games as it was also built into most Master System II's. In actual fact it was so well loved that a fan by the name of Yeti Bomar (aka Watain) has announced the release of the incredible looking fan game of 'Alex Kidd 3 - Curse In Miracle World'  for the Sega Master System.

When Alex Kidd 2 - Curse In Miracle World was unofficially released as a demo during the early part of 2017, it was already something special at only 5 levels with great level design and improved colours and graphics over the original game. But now as thanks to a heads up via Carlos, we now know that Alex Kidd 3 powered by KiddEd, features new vehicles, new castles, a new character sprite, improved graphics, new levels, a fantastic soundtrack, and much much more you'll just have to experience for yourselves!