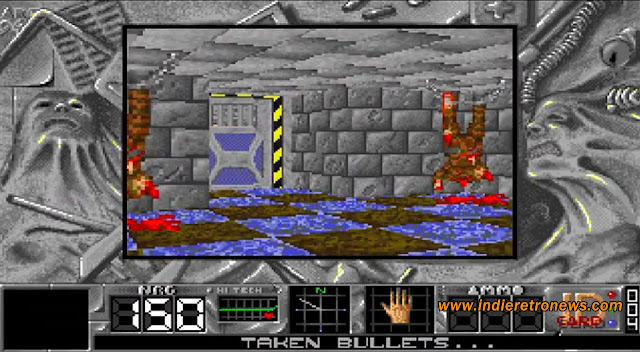 Trawling through our inbox looking for some decent updates to share on Indie Retro News, and we've just been given the heads up via Solo, that the Polish first person shooter Amiga game of 'Citadel(Cytadela)' is getting a fixed and speed improved version thanks to the original authors. Now if you haven't heard of this game before, Citadel was released way back in 1995 by Black Legend, and some regard it as a great game if you have a fast Amiga, one of the best fps on the amiga.

According to Solo who sent us the email : After 25 years the authors of Cytadela / Citadel are not only planning to release a fixed version for the Commodore Amiga, but among the speed improvements on better configs, they hope to fix the annoying disk 1 in floppy drive requirements, fix hard drive installations and running from HD, better in game animation, and other fixes may occur. As for the videos above or linked (here) or (here), this shows the test of the current version with UAE and A3000 68030@25MHz.