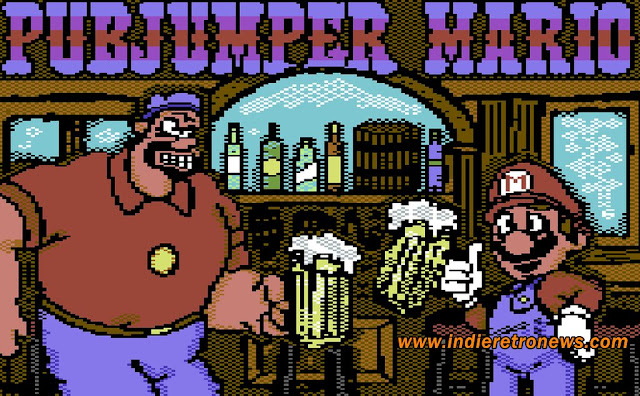 It's now time to turn our attention towards the C64 for our retro goodness, as we've recently been informed that you can now download the unofficial Mario game of 'Pubjumper Mario' via Army of Darkness. This game as described by Games That Weren't, is a game that was created in 1983 by Jeremy when he was just 14 in 1983, as a series of three titles, including Mario’s Brewery and Firefighter Mario (which they digitally preserved in December 2015).
Although I haven't had the chance to play Pubjumper Mario so I can't say if the game is the best thing since sliced C64 bread, but Games That Weren't also went on to say, that not only is Pubjumper Mario  described by Jeremy as a Popeye clone, featuring a large bouncer in Bluto’s role, but this was one of a number of games developed (in raw machine code) for a local shop with no QA or scruples as knockoff cartridges to to capitalize very early on the lack of software for the C64.
Links 1) Detailed Description 2) Source 3) Download
at Thursday, March 04, 2021