Dark Angel - HOT AMIGA NEWS as the full version of Dark Angel is found and released! 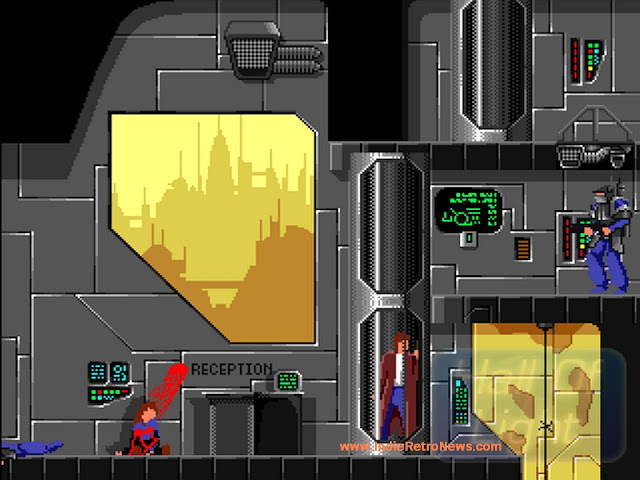 Another HOT news story for all you fine Indie Retro News readers, as if you've ever played Another World or Flashback, then we've just been told you can now download the complete version of the Commodore Amiga game 'Dark Angel'; A game that was written using AMOS, released by Archoas Software back in 1995 as a PD game, and going by many in the community the only version they've ever been able to play is the demo... Well at least until now anyway!

While there are multiple posts from different people on the EAB forums, regarding the development of the game using AMOS, and the fact they used a rotoscoping technique for all the character movements and the three disks for the FULL version was found back in 2015. It wasn't until AMIPEGUSER worked with nujack and unofficially worked together with softpres. (They have kryoflux and try to preserve games which are not listed or wanted at softpres) that they were able to recover the ADF-files and was able to upload to the Zone for all to enjoy!

So yes certainly a worthy news story but please note for further details, as it was difficult to put all the information together regarding this game, I'd highly recommend reading the EAB source below