Bat n Ball - A Breakout / Arkanoid style game with something new to mix it all! (PC) 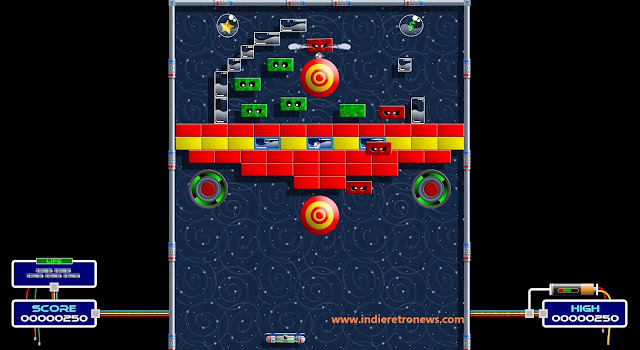 If you remember Arkanoid; an arcade game first developed by Taito in 1986, with the bat like device scrolling from side to side at the bottom of the screen, bouncing an orb back and forth and smashing blocks for a high score. Then you might be interested to know Langford Productions has released Bat 'n' Ball; an Indie game which is inspired by that classic game but instead mixes it up with some rather cool features.

As noted by the description : BAT ‘N’ BALL is not only a Breakout / Arkanoid style game, but it brings new additions to the table such as 50 level brick-busting bonanzas with 100 screens, bonus levels, big scary bosses, angry aliens behind bricks that launch at you in frustration, extra balls, explosive bombs, bonus bubbles and much much more to make this a worthy download for PC(Windows).

Links :1) Source 2) Main Website - Thanks Andy Green for the heads up!