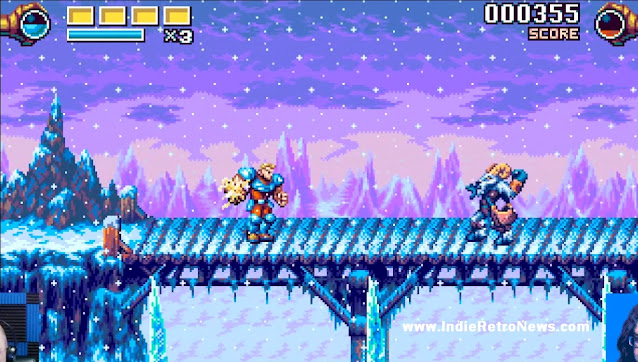 Indie Retro News has been flooded with new updates in our inbox, from new Amiga game demos to those released on the Amstrad, Atari XL/XE and the NES ( Seriously we are still catching up! ). But now thanks to a heads up from Walter in our Commodore Amiga Facebook group, he has told us not only has the upcoming Amiga and PC game of 'DaemonClaw' been teased with new footage, but as a very special treat music composer and legend Allister Brimble will be joining the team to do the music!

Although many of us are still waiting to play the team's other game of Metro Siege ; a fabulous 2 player co-op brawler in the works for the Amiga 500 and optimized for 1mb Amiga 500 ((512k chip+512 other ram), featuring foreground and background parallax, over 60 colours on screen and much much more. DaemonClaw however, will feature beautiful environmental graphics by Corey (seen in the footage), lots of enemies to fight, many different themed levels and more yet to be announced.