Dune II - The Maker - An open source remake of Westwood's other hit Strategy classic from the 90's! 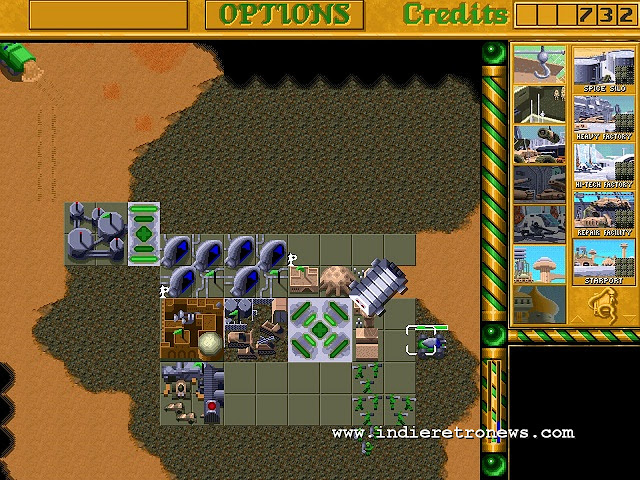 I'm sure many of you remember Dune II, one of the greatest RTS games of our time, an all time classic developed by one of the greatest developers Westwood, which was released for the Amiga, MS-DOS and a later release on the Sega Megadrive in 93. Well if you do remember it and want to relive some of that nostalgia, then we have recently been contacted through twitter, that you can now download the latest version of Dune II - The Maker: An open source remake of the classic Dune II with improvements which has reached version 0.6.0 after 9 months of development.

According to the website not only is Dune II – The Maker (aka D2TM) a remake of Dune II by Westwood Studios, but its main goals are to give it the same look and feel (experience) as Dune II while at the same time enhancing its graphics and Quality of life with modern controls and features. As for the latest update mentioned in this article, it now features a rewritten AI for campaign and skirmish mode, support for 128×128 Skirmish maps, improved air unit behavior (for carry-alls dropping, flying in general, etc), all super weapons: Freemen support for Atreides, Saboteur for Ordos and the Deathhand for Harkonnen and much more…