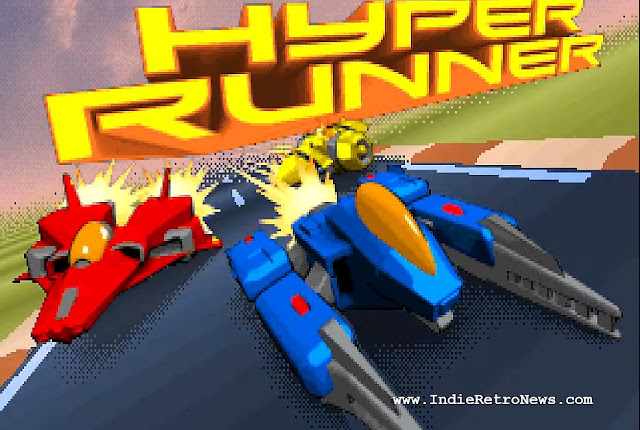 When I was young you would've seen me at the local Arcades or at home playing the very latest in 16bit/32bit racers such as Outrun, Lotus or even XJ220 on the Amiga. It was a time that gave me the feeling of intense speed and near misses without driving a real car and ending up in the local clink. Thankfully if you too like games like that, or even ones with a more science fiction element to them, then make sure to keep an eye on Hyper Runner; An upcoming sci-fi racer for the Commodore Amiga by Raster Wizards that looks wicked cool!

Although details are very sparse about this upcoming game and what Amiga specs are required, from what we do know is the game may well be AGA, is inspired by Super Nintendo's F-ZERO, will have around 15 levels with each having a specific look, the choice of different vehicles to race with, and while the game is some way yet from competition it was 50% complete in Jan, the game is being coded by Colin Vella, graphics by Tenshu and music by Mike Richmond. So yes this is one game that many Amiga fans across the globe will be looking forward to playing when it gets an eventual release.... Thanks Earok for the heads up!