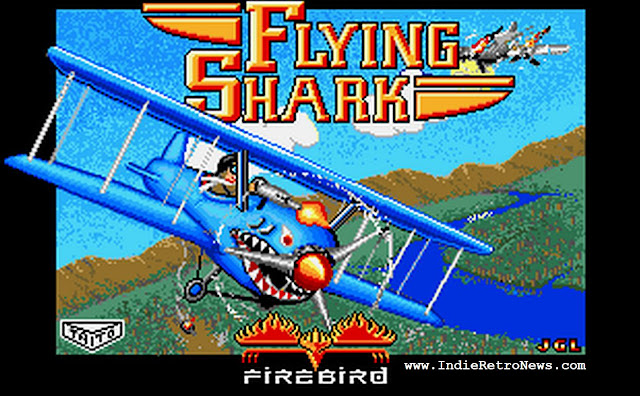 It was just recently that we gave you the heads up that the 1987 Arcade game of 'Flying Shark' was being remade for the Amiga by none other than Magnus T together with JMD. Well if you were hoping for more news on this Arcade like version of the game, which was originally developed by Toaplan and released on the Amiga as well as many other systems. Then as of today the creator has just released a 2 level playable demo for you to try requiring an Amiga 500, 7.14 mhz cpu, OCS/ECS, 1 MB and 1.3 ROM.

As we said before, originally many people felt the Amiga version that was released in 1988 by firebird was not only a bad conversion of a great Arcade game, but many people also felt that it had repetitive gameplay, the port was lazy, and the Amiga could have handled the arcade gfx with no problems. So here we are with this new remake of the game, and while we are unsure of how far development will progress, already we can see the game looks better than ever in this new work in progress footage and early DEMO!