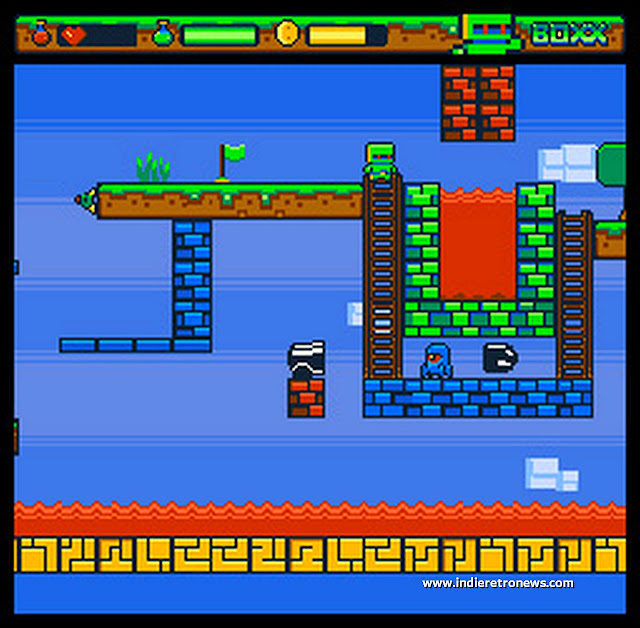 As an Amiga owner and a fan of homebrew releases I was pleasantly surprised by how enjoyable Lemming880's platformer ' Boxx 2 ' and ' Boxx 3 ' was on the Amiga system, especially with added bright and bold colourful detail by Koyot1222. Both of these games were developed using backbone and required you the player to collect as many coins as possible, while avoiding deadly traps, killing bad bosses and aiming to reach the exit to complete the level.

But today's news is slightly different for fans of the Boxx games, as we have been informed via Per Ola Eriksson, that Lemming880 isn't just working on the sequel of Boxx 4, which is being developed using Earok's Scorpion engine, but as of today you can download a remake of the first Boxx game! A game which has been remade using the Scorpion engine for a father smoother experience. As in the words of Lemming880.....

"Boxx is a small platform game that was originally made in 2014 for the Commodore Amiga. But it was made with Backbone so it had poor performance. Now, in 2022, the game is ported to the much better Scorpion Engine and runs a lot smoother. This remake has updated graphics, sfx and brand new code based on the Boxx 4 project (currently in development). Things might be added/changed later".