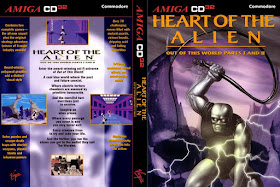 As if this week couldn't any better as once again we are mentioning the Sega CD exclusive ' Heart of the Alien ' which recently appeared on the Amiga as an incredible port known as ' Heart Of The Alien Redux Amiga V1.0, and also unofficially on the Amiga CD32 as Heart Of The Alien Redux Amiga CD32. But this time not only has the port gone through a number of testing phases, but it is now available as what should be the final version, which includes a rather special addition.


Thanks to the hard work of Earok and Cobe, there has been a number of changes added to the Heart of the Alien Redux Amiga CD32 edition from the first release. Firstly ' The Lost Level ' of Another World has been added, Out of this World has been replaced with the Delphine collection edition of Another World due to a crash issue, and lastly, thanks to Cobe, the audio from the start, middle and end cutscenes has been stretched to properly align with the rate that the CD32 plays it back. 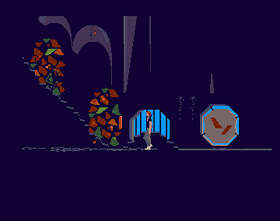 For further information about these two incredible announcements, it might be worth your time reading our more in depth write up which is linked further below. I'm sure you'll agree this has been the best year by far for the Amiga CD32, and I can't wait to see what 2017 brings!