Raid Over Moscow - An 8bit classic makes its way onto the Amiga for Christmas (WIP!) 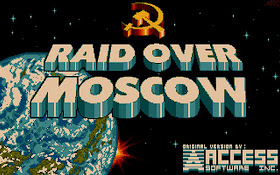 Well this is incredible news and not just for the Amiga scene, as for anyone who loves playing 8-bit classics, especially throughout the Christmas holidays, as Earok has released the first public beta of the work in progress conversion/port of ' Raid Over Moscow '. This game originally released in the early 80's for the C64, Atari 8-bit, Amstrad CPC, BBC Micro, ZX Spectrum and Apple II. Is regarded as an all time classic game, and the developers second best-selling Commodore game as of late 1987, after Beach-Head. 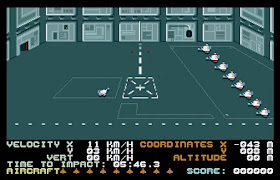 As noted by the Wiki for the game : Released during the Cold War era, Raid Over Moscow is an action game in which the player (an American space pilot) has to stop three Soviet nuclear attacks on North America, then fight his way into and destroy a nuclear facility located in Moscow's Kremlin. According to the game's storyline, the United States is unable to respond to the attack directly due to the dismantlement of its nuclear arsenal.

As noted by Earok(Erik Hogan), he has said after finishing the final scene for Raid Over Moscow on an Amiga (1MB). The initial release as of today is only a public beta, and patches, updates, features and polish and perhaps better NTSC support, multiplayer, will still need to be done as it couldn't be finished by the self imposed Christmas deadline. Earok further goes on to say, he would like to thank Amiga legend Adrian Cummings for creating the original artwork and sharing with the community, the amazing musician Simone Bernacchia for conjuring up an atmospheric OST that invokes 80s cold war paranoia films, and the extremely multi-talented John Tsakiris for lending his support to virtually every area of the game.