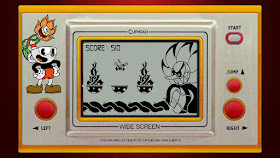 The 1980's Game and Watch Handheld is back in fashion, especially with a multitude of games released harking back to that great era with games such as Donkey Kong Jr Game and Watch, Parachute, Fire, Baby Monkey Alba, and yes even Hayesmaker's rather cool Mario's Cement Factory for the C64! But now as a bit of an eye opener (it caught our attention), is the release of Cuphead Game and Watch; A fan tribute to the 2017 hit game of Cuphead, but instead designed in a Game and Watch style. 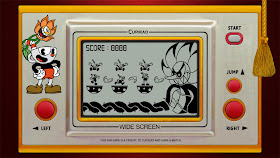 Playable online, designed by Simon Delavenne, At0mium, and Heelio(leaderboard). According to the creators, Cuphead Game and Watch is a fan tribute to one of their favorite video games while appealing to Game and Watch lovers. Basically they wanted to mix these universes together and do their best to achieve a good result! And that's pretty much it, so head on over to the link below and check it out.