Heart of Darkness on the Amiga, high end system needed! 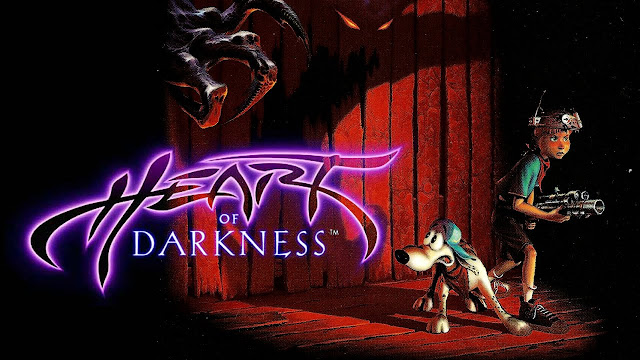 If you've got the Amiga to be able to run this, then you may be interested to learn, that as of now thanks to a heads up by AmigaSystem via EAB, you can download the latest Arti port of the PC/Playstation game of 'Heart of Darkness' for the Commodore Amiga; A game developed by Amazing Studio, released in the late 90's for the PC and Playstation, and is very similar to Another World, except with half an hour of storytelling cinematic sequences, thousands of 2D animated frames, a pre-rendered background scenery, and dangerous shadow creatures.

Heart of Darkness is a cinematic platformer in the vein of Eric Chahi‘s previous game Another World in which players control Andy, who faces various dangers in search of his dog, Whisky. Players progress through the game’s linear storyline by navigating various environments and solving puzzles, all whilst attempting to keep Andy from being killed by evil shadows, hungry wildlife, and perilous obstacles. In terms of the port however, the files from the original CD/Demo are required, game was tested on Vampire computers, and the Amiga 68k port by Artur Arti Jarosik was based on WOS sources by Cowcat that are based on Xbox1 SDL1 sources by ModernVintageGamer.

Please note if you want to be able to run Heart of Darkness, AmigaSystem via EAB has noted "On a real Amiga you need an advanced CPU, on WinUAE an 020 JIT is fine (on WinUAE there is not much difference between 020/30/04/060)" and " Heart of Darkness you have to install it on PC and then take the whole folder where you will copy the amiga amiga porting files "