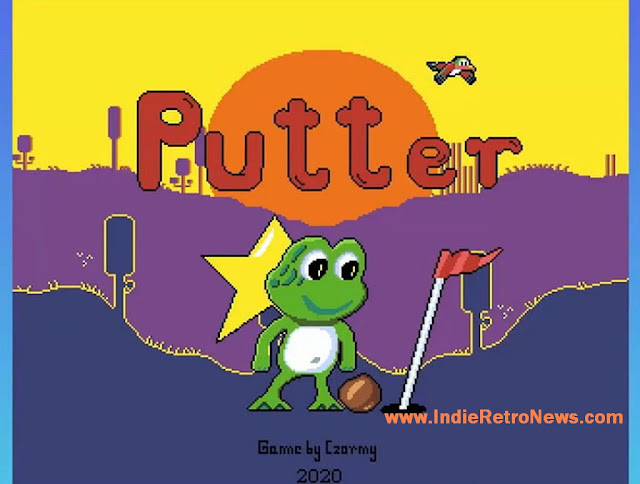 Another Amiga heads up, as thanks to Saberman and an update from the developer in the RedPill Game Creator group, we've been told Czorny has released the full version of his previously announced Amiga game called 'Putter'. A game that has been in development for some time using the RedPill Game creation software, and as such requires a minimum Amiga with an AGA chipset. (The stock A1200 is not enough for full comfort of gameplay, the game reaches full speed only on an overclocked 68020 processor.)

Courtesy of user 'czorny', the author of Chicken Coop, if you have an Amiga AGA or atleast a faster performing Amiga, the game looks to be a fun for all the family experience, especially as you play as a cute little frog and must kick a potato into a flagged hole to win the game. Certainly one to play, as it does look to feature cute characters and enemies, dangerous traps, well designed levels, collectible stars for a higher score, and lovely sound effects....