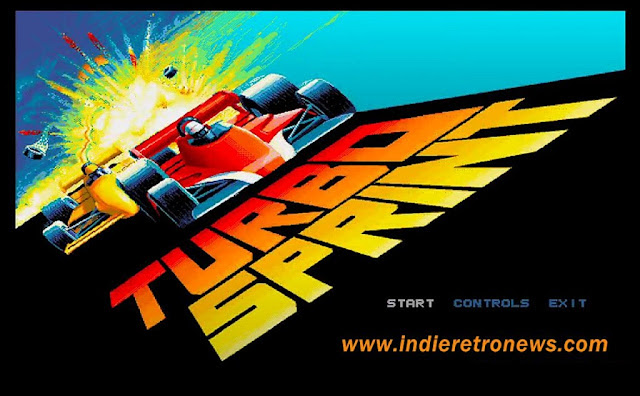 Super Sprint by Atari is a game which was originally released at the Arcades and then on many home computer systems such as the Amstrad CPC; a game that featured non stop racing fun as you try to beat your opponents to the finish line while avoiding the odd appearing Tornado. Well if you've been following our news updates regarding the in development Arcade like version of Turbo Sprint, you'll be pleased to learn that as of today, Graeme Cowie aka Mcgeezer, has just teased a new time limited beta which is close to a final release!
As we said before : A much older version of Super Sprint was actually released on the Amiga as an Atari ST port thanks to the hard work of Meynaf. But this new version will take the game to the next level! As not only is the game built from the ground up, but it features improved sound, CD32 support, optimizations, and much much more that is sure to excite many Super Sprint fans, Amiga owners and those that remember playing this awesome game at the Arcades! - We can't wait!
Links :1) Website (Turbo Sprint - 5 minute Time Limit Update)
at Wednesday, April 28, 2021