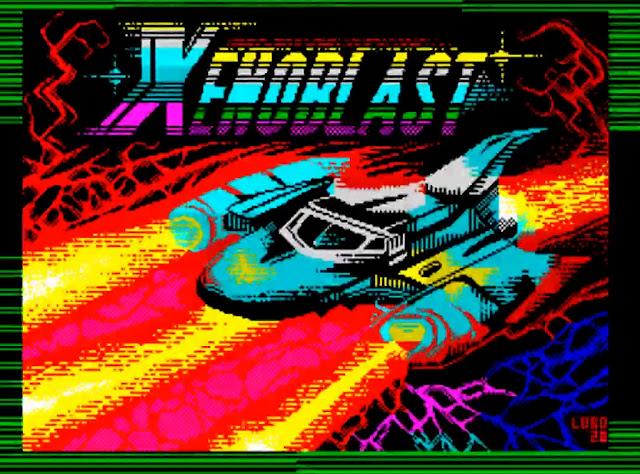 Another retro gaming news story has hit our inbox, as Saberman was kind enough to let us know, that if you're looking for a cool looking Shoot 'em up for your ZX Spectrum, then you might like to play Tony Kingsmill's  new game of ' Xenoblaster '; A top down game which is not only available to download but also as a physical release that's available now from CRONOSOFT.

Xenoblast puts you charge of a class 2 defense ship, an agile fighter with the weaponry to take on the hostile aliens. Guide your ship safely through the colonies, destroying as many xeno fighters as possible, and remove the motherships delivering alien drones to the human colonies. The game contains not only power pods which recharge your smart bomb and the ability to warp out to the next zone at the end of every level, but there's many waves of different alien ships, an end of level boss, and plenty of blasting action to be had through 7 levels.