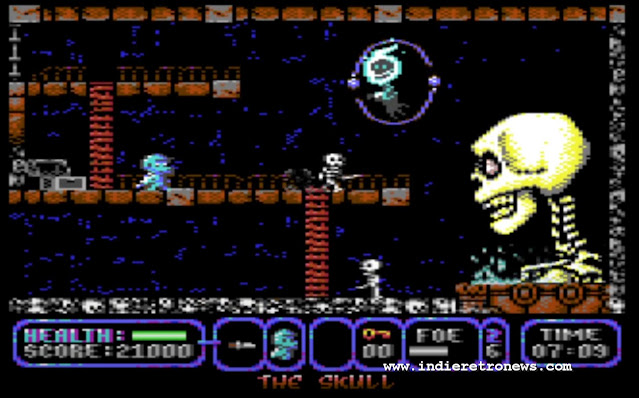 Even though I don't usually do writing on weekends this one was too good not to write up, as trawling Facebook, we've just been told that the eagerly awaited C64 game of 'A Pig Quest' by Antonio Savona, Mauricet, Aldo Chiummo and Gaetano Chiummo has just not only got a brand new trailer, but the game is also coming soon to a C64 near you. This video doesn't just show the incredible detail within the levels, but new enemies to fight, top quality music, and a large angry Skull.

As we said before, although it is still early days for this game which is being created by a bunch of skilled C64 gurus and soon to be published through RGCD. A Pig Quest looks to be an incredible action platformer that doesn't just feature lots of challenging levels, but fabulous artwork, gorgeous C64 details, collectable items, and dangerous foes to battle against such as bats. So yes certainly a game that could earn its place amongst the greats, especially as it is coming soon.