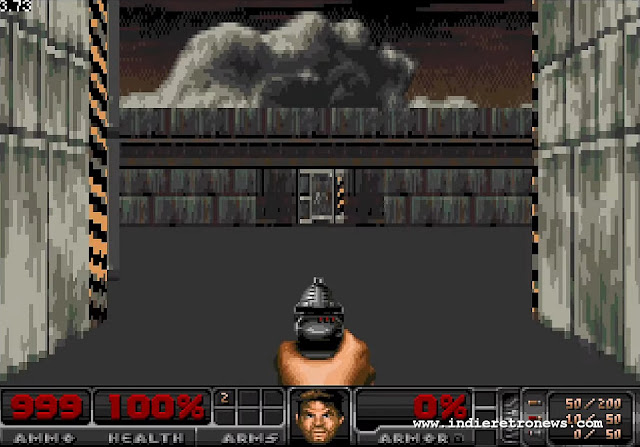 The Amiga news still isn't done with us yet, as after already featuring games such as Kung Fu Master, Green Beret and of course the upcoming Wonderboy Arcade conversion. Here comes a rather late Doom clone announcement (not our fault frustratingly!) to keep you occupied through the rest of the weekend. If you remember our previous article regarding the work in progress project by KK/Altair to bring Dread to the Amiga 500 and ST, which is a clone of DOOM. Then as of today for the very first time you can play a very early teaser which is The Demo Map Release.

As we said before : Doom is an FPS game made by id Software and originally released in 1993 for DOS. It was ported the following year for the Jaguar, Linux, PC-98 and the Sega 32X. It was again ported in 1995 for the 3DO and Windows (aka Doom95). In 1996, it was ported for the SNES/Super Nintendo and in 2001, it was ported for the Gameboy Advance. As for the Amiga and ST it was of course never released for those systems, but going by the video above, we might just get an almost Doom like experience anyway(This tech demo doesn't count just yet :p).

- Working towards making a brand new, original game out of this engine (note: btw the project was never about remaking Doom itself for Amiga, but rather a 'Doom like experience' for it and more specifically for a500)