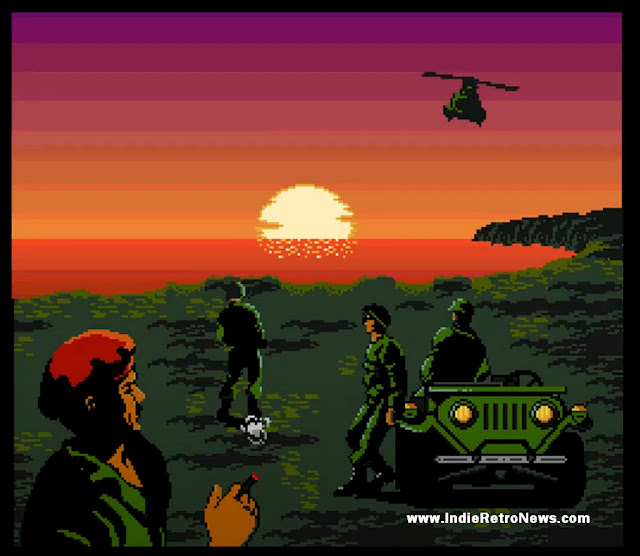 While many of you are still waiting for Neeso Games awesome looking Arcade platformer of 'Super Delivery Boy', which is due for release towards the end of this year. There's another game you should be keep an eye on as developments progress, and that's Jackal; A remake of the NES top-down shooter of the same name, graphically enhanced to take advantage of the Amiga (OCS-ECS) hardware, which is currently being developed for the AmiGameJam competition.

We featured this work in progress game not long ago now when it had its first demo and mentioned that not only is development being made on porting each of the individual NES levels over to the Commodore Amiga, but a port of the much larger arcade stage might also be possible once Scorpion's ability to handle large maps is enhanced. Do be aware however, although this version is being ported over from the NES, so far it doesn't look like it will be a conversion from the Arcade version which was released in 1986.