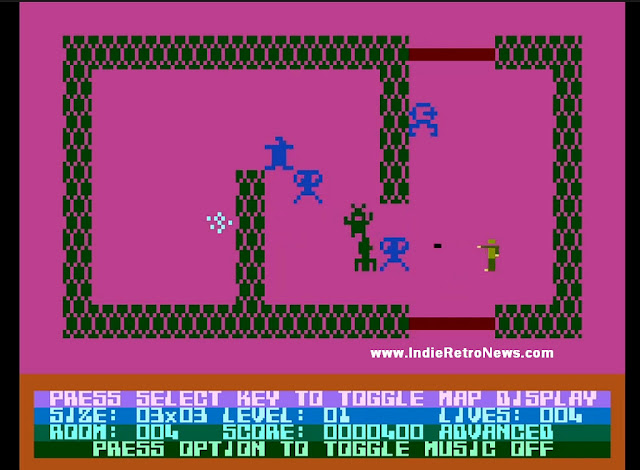 Tom has moments ago contacted us about a new game that's in development called 'Robot Dungeon 2121'; a game which is not only coming to the Atari XL/XE, but looks very much like a clone of the rather fun 1980's game Berzerk. According to the video uploader who has shown off this new footage, Robot Dungeon 2121 developed for the Atari 8 Bit Computer Systems, is being programmed by Eric Anschuetz, Robert Anschuetz, and John Weisgerber, which has been submitted for the ABBUC 2021 new Atari 8 Bit programming contest.

Video Link for Mobile Users
Just as in the Arcade classic, you control a little man that has to traverse many different rooms filled with dangerous Robots. While the robots can be shot at, and certain items can kill all of them in one go, any touch of the maze itself or the robots within the maze and it's an instant death. For those of you who enjoyed playing the classic from 1980, should keep an eye out for this one as not only does it look like a ton of fun, but a high score is at stake as you also try to collect all the extra bonuses.
at Friday, September 10, 2021