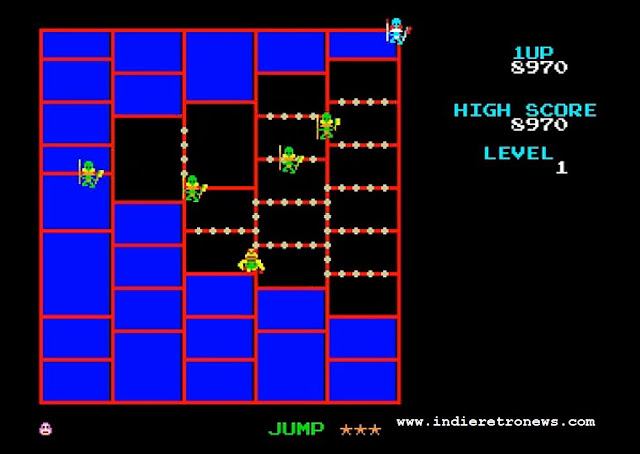 JOTD is certainly making a name for himself here on Indie Retro News, creating awesome Arcade like conversions of games such as Ms Pacman and Pacman 500, and even the rebuilt & adapted to Amiga AGA ripped from Supercars International 1996 as Supercars 2 AGA. Well here's another JOTD news story for you, as not only is he still developing the Amiga game of Amidar500 which is an arcade conversion of the 1980's classic Amidar, but as of today you can download and play an early beta!

According to the wikipedia for this game Amidar is a video game developed by Konami and released in arcades in 1981 by Stern. The format is similar to that of Pac-Man: the player moves around a fixed rectilinear lattice, attempting to visit each location on the board while avoiding the enemies. When each spot has been visited, the player moves to the next level. And that's pretty much all we can say so far about this Arcade conversion, as it's still early days for the game and we don't know if the game will be released any time soon.