Rick Dangerous - A very difficult platforming classic as a remastered edition for the Amiga 1200/CD32 gets a beta download! 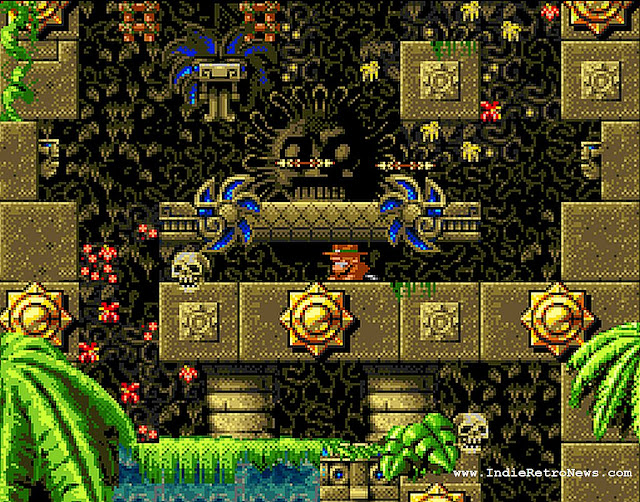 If you remember playing the late 80's game of 'Rick Dangerous'; a very challenging platformer that made you feel like an Indiana Jones character traversing dangerous locations such as caves and temples while avoiding the bad guys and deadly boulders and spiked traps, then you might like this latest news story. As thanks to a heads up from Saberman, we've found out that the in development remastered edition which is coming to the Amiga 1200 and CD32 using Earok's Scorpion Engine, is ready for testing as the first public beta!

Rick Dangerous was originally developed by Core Design and published by Firebird in 1989 and this latest beta which is a backport of the wii looks to be another fantastic version of rick which is still in development for the Amigamejam competition. As not only does it feature a brand new title screen ( 2018 Original illustration by Simon Phipps), but a music module by Dom, it was built with Earok's Scorpion Engine, and finally all graphics are being remastered by Domkid from the Wii version.