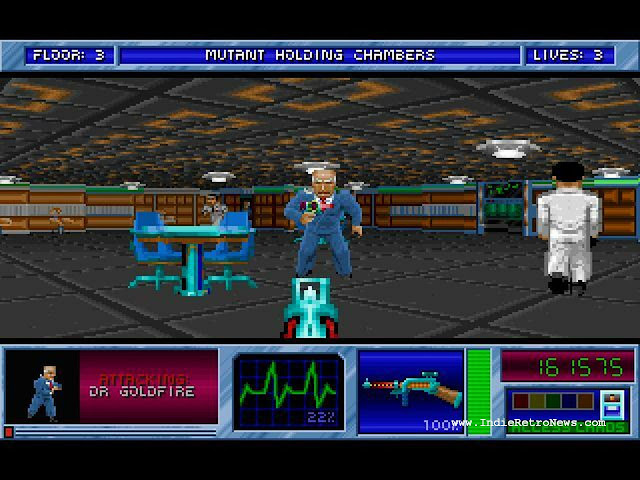 It was only just the other day that we announced through Indie Retro News that BSzili had unofficially released the full version of the classic ID Software game of 'Wolfenstein 3D' and 'Spear of Destiny' over the A1200 with some Fast RAM, no CPU accelerator required. Well here we are with even more MS-DOS/Amiga news thanks to Per Ola who contacted us just recently, as we've just been told that BSzili has released an unofficial Amiga update to the classic game of Blake Stone Aliens of Gold; A game originally released back in 1993 by Apogee Software set in the future and using the Wolfenstein 3D engine. 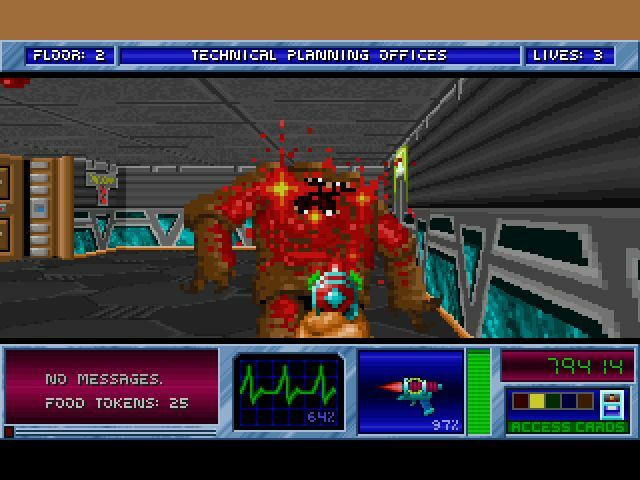 In short this is what BSzili has to say about the game for the Amiga: "The Amiga port is mainly based on NY00123's excellent gamesrc-ver-recreation, with some bits and pieces from refkeen and Boris Bendovsky's bstone port. An 030 accelerator with at least 4 MB FastRAM should be enough to run it. Besides fixing the Kickstart 3.0 compatibility, AHI is no longer needed, neither is the extra memory for the music. The new sound code plays back the AdLib sounds at full volume, so I recommend redoing the sound conversion again.  I backported the scalers from Wolfenstein 3D, so it should run a bit faster too. Just don't expect it to be playable at 14 MHz though, this game is a bit more complex, it required a 386 on the PC as well."

Blake Stone Aliens of Gold
"You need the 2.10 registered version of the game. If you have any other registered version, run the included patch-data tool. It can also be used to verify if you have the correct data files.
The 3 episode shareware version is NOT supported, but if there's enough interest I'll look into building an executable for it. Given the game's age, it's not that hard to find the registered version on the net."