Wonderboy III - Monster Lair (AGA) may be in the works for the Amiga after Wonderboy 1200 is done! 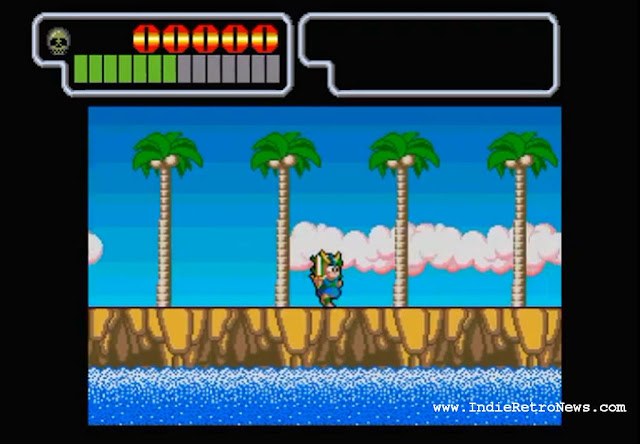 We've featured Wonderboy many times now on Indie Retro News, from the modern remake of Wonderboy The Dragons Trap, to the Amiga versions of Wonderboy in Monster Land SE, and the upcoming Wonderboy 1200; An Arcade game from 1986 as an unofficial Amiga port by Acidbottle. Well here we are with another Wonderboy story, as Earok recently contacted us, to let us know that Acidbottle may also start on a project to bring Wonder Boy III: Monster Lair over to the Amiga 1200 using the Scorpion Engine. Although he does state this might happen when the Wonderboy 1200 port is done!
Very early footage, could also be classed as a pre-alpha
For those of you who haven't heard of this game before, here is what the wikipedia says about Wonderboy III Monster Lair. "This game is a side-scrolling action game developed by Westone Bit Entertainment that was originally released for the arcades by Sega in 1988. It is the third game in the Wonder Boy series and the last one released for the arcade. A console adaptation was made by Hudson Soft, released in 1989 in Japan for the PC Engine CD-ROM² System and the subsequent North American release on the TurboGrafx-CD dropped the 'Wonder Boy III' title. It was also converted and released by Sega for the Mega Drive in Japan in 1990 and Europe in 1991".
Links :1) Discussion
at Tuesday, April 26, 2022