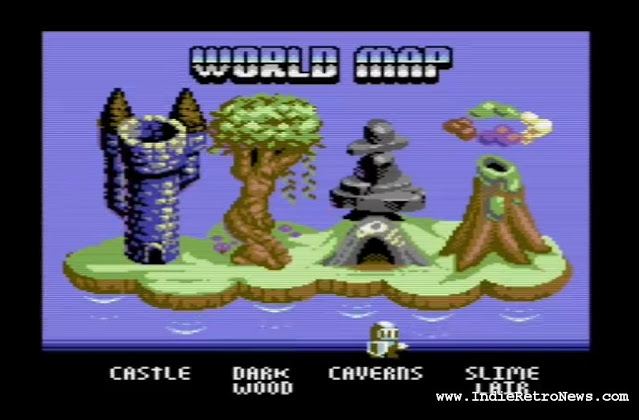 The first announcement for the morning and one I think many will still be interested in playing when it gets an eventual release, is the upcoming game of Knights & Slimes for the C64 by Monte Boyd. Yes indeed we've just found out that not only is Monte Boyd still working on his new arcade platformer for the C64, but the creator behind the game has has recently teased some new footage which gives us the first look at the new world map and a new level!

I love a good world map in a game, so here's what I've been working on for Knights and Slimes C64. Only the first area will be unlocked when you start the game. #c64 #commodore #commodore64 #retrogame #indiegame #solodev pic.twitter.com/Md6CUFdLNt

As we said before....Although the creator has shown some more footage above which looks to be an Arcade platformer as you play as a knight popping slimes across multiple levels. The developer has stuck to his word thus far as he did say previously that he is hoping to turn the game into something more throughout the next few months. So yes if you're looking for a very decent looking C64 game in the near future, Knights & Slimes by Monte Boyd certainly looks like a game that many will enjoy when it gets an eventual release.