Wink! - A charming little platformer for the GameBoy and GameBoy Colour! (BETA) 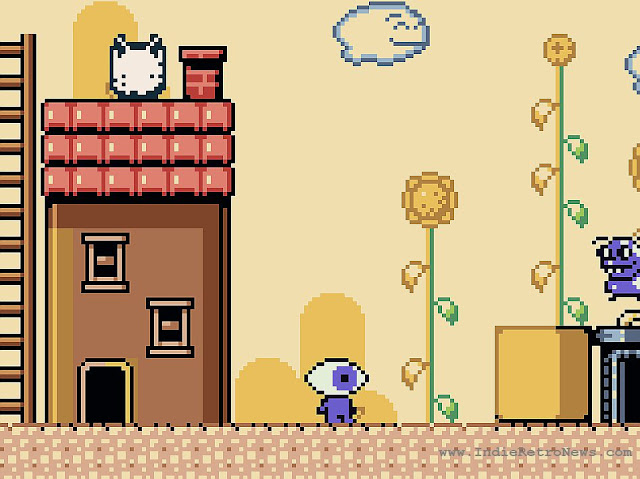 Don't get me wrong I do love a new game for a retro system such as the Amiga, C64 or ZX Spectrum, but when it comes to my chunky handheld the Gameboy, it's really feeling a little left out. Sure we've had Gameboy inspired games announced, but actual fresh cartridges is something of a rarity, at least until now! Welcome to 'Wink!' by Max Oakland, a new arcade platformer for the Gameboy model, which going by the video looks a ton of fun!

Here is what the website says about Wink! from Max Oakland. Explore a lush post-apocalyptic world while using your laser powers to help a broken robot recover all its pieces and mysterious ancient treasures like floppy disks and cassette tapes. 8 levels filled with secrets and a huge world map to explore. Wink is taking inspiration from Gameboy classics like Super Mario Land 2 and Link’s Awakening, but doing its own little thing. It has been described as a “cross between Megaman and Kirby”. Regardless of the comparisons, Wink has its own personality and a crazy little world to explore all its own!"