Blinky's Scary School is now available for the Amstrad GX4000 and Amstrad 6128 Plus! 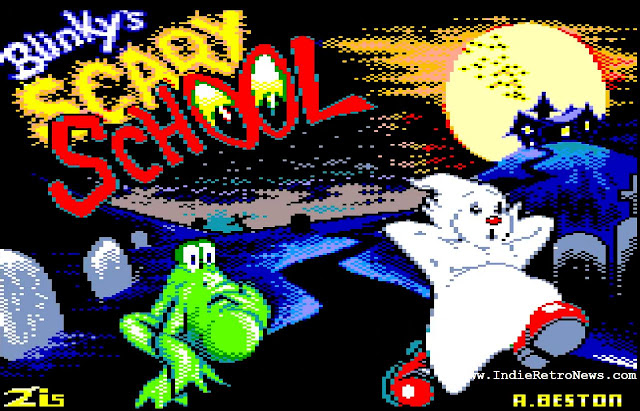 Once again we look towards the Amstrad for some great gaming news, as looking through the cpcwiki forums and thanks to XeNoMoRPH we have just found out that the classic game of 'Blinky's Scary School'; a game which was released for the Amiga, Atari 8-bit, Atari ST, Commodore 64 and ZX Spectrum, has now been released for the GX4000 and Amstrad 6128 plus by Zisquier and R.Beston. To coincide with this news story, not only do we know that it has been developed using the C64 palette, but it also features Atari ST sprites used for the character and the items. 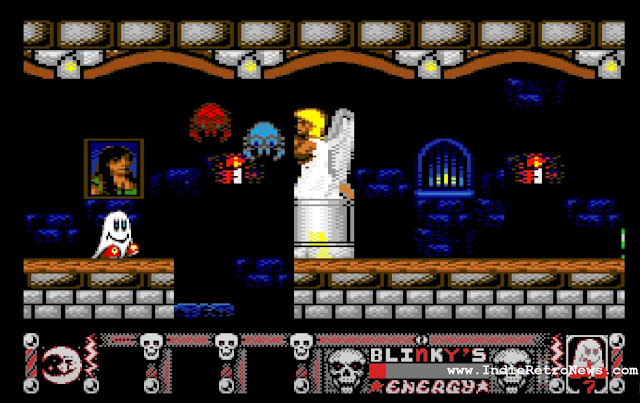 Blinky's Scary School is an Arcade Platformer that was originally released by Zeppelin Games way back in 1990. In this game you play as Blinky, a small Ghost who is the star pupil of the Scary School. It's your job to rid the castle of all the ghost proof defences that have been set up by the ghost buster Red Lair McTavish. To remove the defences you must explore the castle, pick up various objects and drop them into the cauldron to cast magic spells! The game features multiple enemy types, lots of different screens, menacing traps, and smooth animation.