It is a time to celebrate on Indie Retro News, as not only have we hit a huge milestone in views reaching a staggering 25+ million website hits which doesn't include Facebook, Twitter and Tumblr, but we are also celebrating around 10 years of the creation of the website. It's hard to believe that Indie Retro News was formed in September 2012 with an official beginning in the early part of October, as an idea to give you the most interesting of gaming news from Indie games to our specialty retro.

Check out the viewing crash towards the end, there was a reason for that :(

Yet fast forward to today and I think I have done just that without any ads! Nearly every day apart from most weekends I have achieved my goal to fill the page with as many eye opening games as possible so you the reader has a smile on your face every time you visit the website. Also on that note Indie Retro News really has no interest in AAA games, although we do try to feature the latest Indie games that have some relevance to the past such as remakes or in the case of the upcoming Teenage Mutant Ninja turtles, which is coming soon to a console and PC near you! 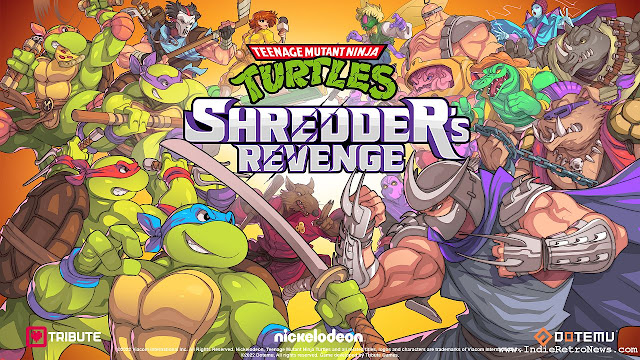 But for what was a hugely positive note for us, there was at one point just recently that the site was nearly gone for good and I wouldn't be celebrating today. Now I'm sure you noticed when you came to the website there was a Maintenance warning? Well from what was supposed to be just an easy turning that off, turned out to be one of the worst moments of my life with a thought of the end of IndieRetroNews and all that hard work down the drain.

Thankfully I got it fixed, and although we lost around 100,000 views in a week and many people still catching up from the DNS corruption. You all stuck with us, and for that I'm hugely grateful. So to end this article off on another positive note, I want to say a huge thanks to all of you who keep coming back, supporting our Patreon campaign (link), featuring our articles in videos (Saberman,Per Ola Eriksson), do great twitch streams (Amiga Bill/HayesMaker64/Pintz N Amiga), or share our gaming news across the big wild World 💓.