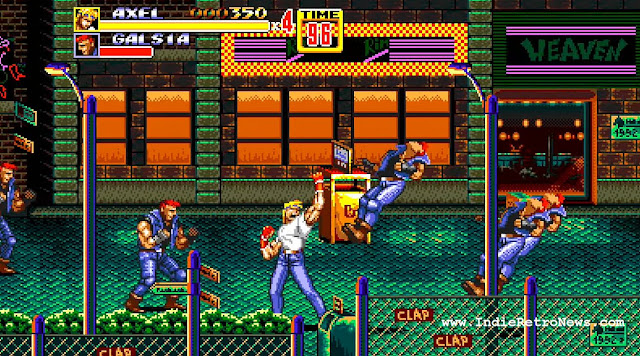 Brawlers, beat 'em ups, fighters or what ever you may call them are extremely popular on this site. There is nothing better than getting into an unrealistic arcade fighting situation, giving someone the smack down and having no real life consequences. So here we are with another beat 'em up update, as we've recently been informed by Tom, that the latest demo of Streets of Rage 2 New Era has been released; An in development fan-made port and remaster of Streets of Rage 2 to modern hardware with endless possibilities all being created using Unity 3D

According to the video description, Streets of Rage 2 is being reverse engineered and recreated using modern technologies. No emulation is used. It can be extended with new levels, new characters, high quality sound and graphics. In this video: the footage is from all stages, with test support for widescreen resolution and a reskin test. So yes if you love Beat 'em ups such as the 90's classics or the more recent Streets of Rage 4 and Teenage Mutant Ninja Turtles: Shredder’s Revenge, it might be worth checking out the latest demo of Streets of Rage 2 New Era!