The CONK game engine - Another Amiga game engine appears but this one was never released! 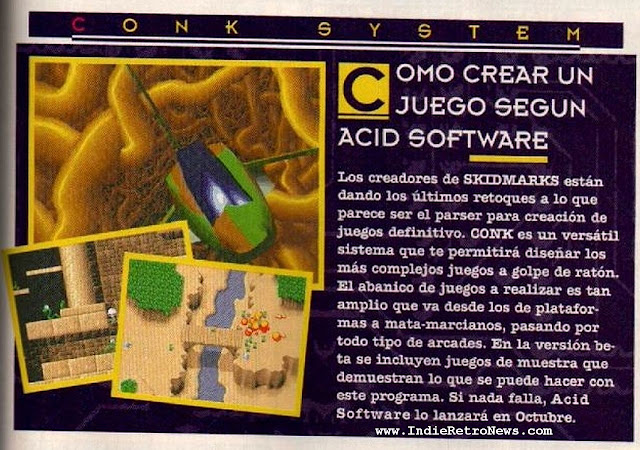 We've featured many game engine updates throughout the years, from the C64 with SEUCK, to a constant array of updates for the Amiga with either Backbone, Redpill or our personal favorite from Earok called The Scorpion Engine. Well here we are with another game engine news story, as thanks to Earok contacting us early this morning, he has told us of an unreleased yet interesting game engine for the Commodore Amiga called 'CONK'. Now while details are sparse, the only thing we know is that it has surfaced on the developer's website and Earok has said he is not sure when it was actually uploaded there.

While there are a number of demo's to try such as Blast, Camel, Dave, Spambo, and Vega, also according to Earok via the EAB forums when he tried this piece of software out. He has said " It's pretty impressive - all of these games listed are running in WinUAE on a non-AGA configuration, and it appears to be fully coded in ASM (and the actual source code of the engine, along with the creation utilities are in the archive). So yes if you want to create some new games other than the usual pieces of software, it might be worth checking out Conk from Semprini(?).

UPDATE : Tóth Csaba has kindly done a translation of the Magazine article for CONK

The creators of Skidmarks are making the finishing touches on their development, which appears to be the ultimate game creation of them. CONK is a versatile system that will allow you to design the most complex games with just mouse clicks. The range of games to play is so wide, from platform games to martian killers, going through all kinds of arcades. Sample games included in the beta version to demonstrate what can be done with this software. If nothing comes up, Acid Software will release this in October.