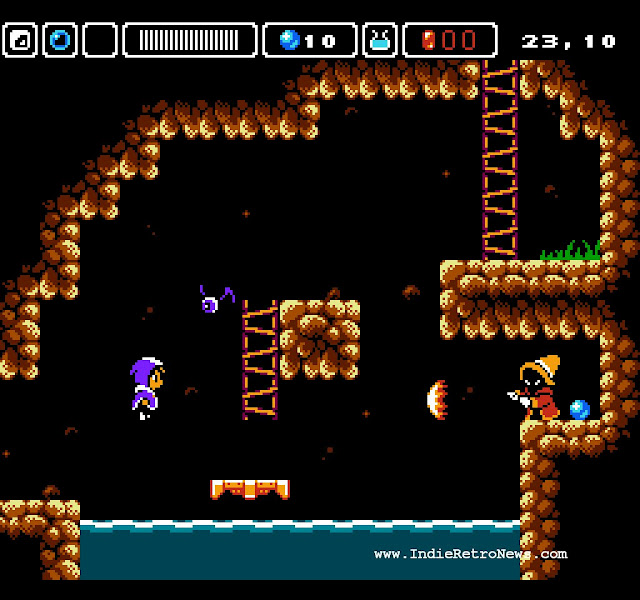 We've recently been informed through Twitter, that Elden Pixels Battle of Olympus and Solstice retro inspired PC platformer of ' Alwa's Awakening '; a game which was released on Steam back in 2017, has finally been released as a fully fledged NES port through GOG, Steam and GOG. For those of you who don't remember this fine game, you play as Zoe, a heroine sent from another world to bring peace to the land of Alwa. You must use your magical staff against lots of strange creatures and big bosses through many different themed rooms.

Use your magic staff and progress through a large interconnected world where you’ll solve puzzles, fight enemies and defeat bosses in order to help free the land of Alwa. Explore and uncover the secrets by using your platforming skills in this challenging and charming 8-bit game. So yes if you are looking for a top ended NES game and one even the developer was proud to create, especially as it was taken from the Steam version and crammed into into a 512 kb NES ROM, then make sure to play Alwa's Awakening!