Enclosure 3D - A 3D remaster of a 2004 adventure horror game with future potential! 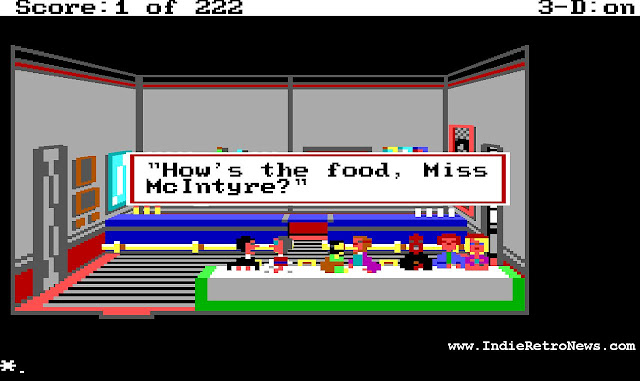 Love playing Adventure games? Check! Love those old Sierra Kings Quest style graphics with text based commands? Check! Then 'Enclosure 3D', developed by Mausimus as a complete 3D remaster of the 2004 adventure game 'Enclosure' is sure to whet your appetite! You see this isn't just a simple remaster, but the game is using the RVX 3D Engine; an engine which not only remasters the game in 3D but it has the potential to do the same to much older titles such as the original Police Quest or even Kings Quest... Seriously, watch the video below to see how good this looks in 3D!

Here is what Mobygames says about Enclosure : Mike Goodman is a con artist. Together with his girlfriend Sarah, he makes a poor living from tricking people into believing that he can contact the dead. After one particularly unsuccessful day, he gets a tempting offer from a stranger in a bar. The stranger introduces himself as William Mayfield, son of an oil tycoon. His father had drilled for oil in Greenland, but after some mysterious events and sightings, abandoned the drilling station. Mayfield offers Mike and Sarah 10,000$ for joining him on an expedition to the abandoned station to find out whether it is indeed haunted. Mike doesn't hesitate to take this offer and soon finds himself, along with a number of scientists and "paranormal investigators", on his way to Greenland.