Hyperblaster is coming to the Neo-Geo and it looks super cool! 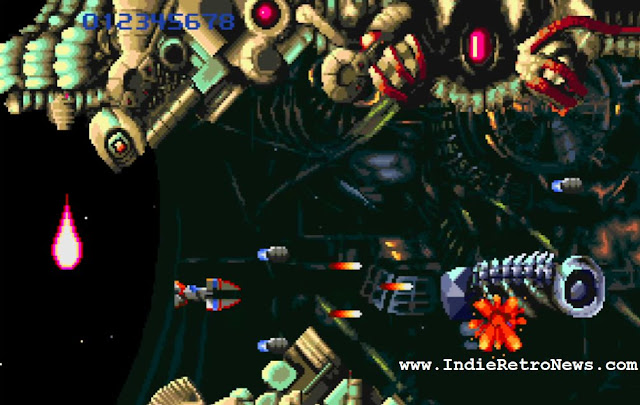 Throughout 2021 I had the pleasure of playing TIGERSKUNK's awesome side scrolling shoot 'em up of Inviyya; An incredible game that not only won IRN Game of the Year 2021, but from those who played it including myself, experienced the eye candy based shoot 'em up with dangerous waves of enemies to match. Well here we are with another interesting news story, as Tigerskunk has announced the development of Inviyya II - Hyperblaster for the Neo-Geo; The sequel to an incredible game from the Amiga, which is being teased in this latest no sound footage!

Unoptimized work in progress video of Hyperblaster, a new SHMUP for the Neo-Geo Arcade Console System

Inviyya II will feature not just many levels of pure parallax scrolling shoot 'em up action, but waves of deadly enemies, wicked music and sound effects, unique organic levels, your own personal ship shield and shield meter for use on the second fire button, bosses and even special weapons. So yes if it's anything like the first game from Tigerskunk of which we had the pleasure of playing some time back, this one is sure to be another hit for anyone who owns a Neo-Geo!