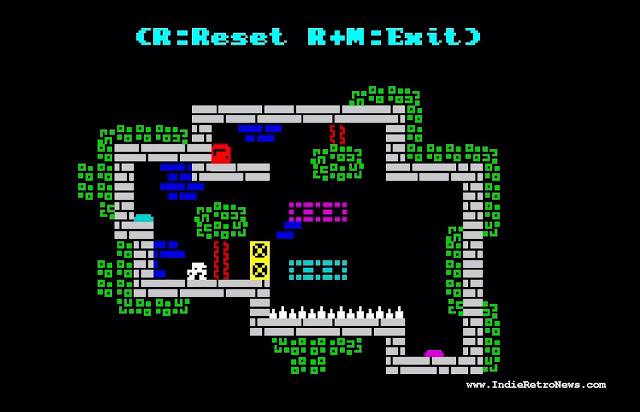 If you have a ZX Spectrum and looking for something enjoyable to play through the week ahead, then thanks to the developer contacting us via twitter, we've been told that PCNONOGames has released a brand new game for the ZX Spectrum called 'Tiny Crate'; an enjoyable platform puzzler in which playing as the young mason Tiny, must find a way to return home through a stairless building that's still under construction!

As noted by the website : Tiny Crate isn't just a hilarious video game that mixes the skill of platform and puzzlers, but it's also based on the original idea of the great PC version of Harmony Honey. A game whereby the developer has given the permission to create this fantastic and very faithful ZX Spectrum release. So yes if you love platformers and puzzlers make sure to play this new game that is linked below.