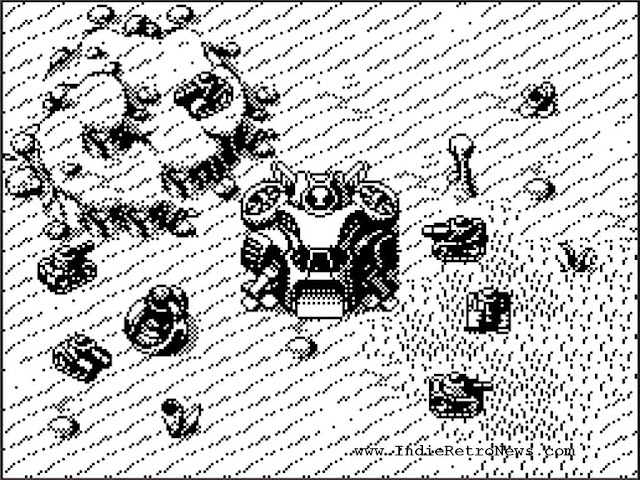 Top down Strategy games are a bit of a rarity on the ZX Spectrum, mainly focused on platformers, shooters and puzzlers. Well here are with a rather special announcement that I think many people will be interested in, as we've just found out that at some point in the near future, Marie Slip, Black Cat, Surfin’ Bird, Fatal Snipe and Mikhail Gamaev will be releasing their real time strategy game of 'Torn Metal'; A monochrome game that could almost be described as a mix of Dune 2 and Command and Conquer.
Here is what the website says about Torn Metal : "Events unfold in the distant future, when humanity, colonizing distant worlds, encountered unknown artifacts of a long-extinct civilization. Having landed on an unknown planet, you have to understand what happened to this civilization, which led to its death. The spaceship is your only home in a large, hostile new world. You have a small squad under your control, with the help of which you have to explore the planet and gain a foothold on it, fighting off the crowds of alien creatures eager for your death. There is nowhere to wait for help, you can only rely on yourself, only you are able to bring peace and tranquility to this world, burning everything in your path". 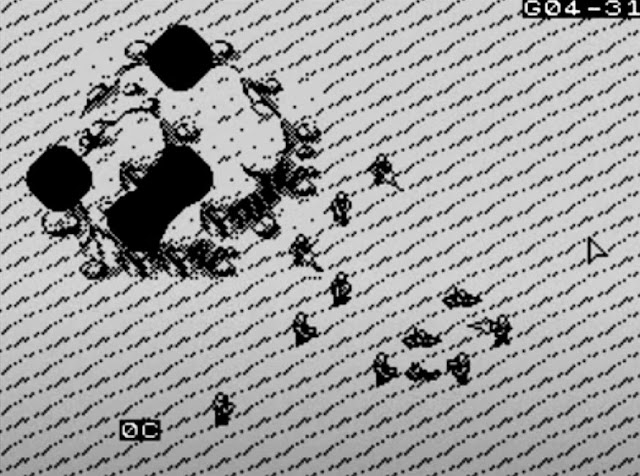 "Your task is to expand your possessions, exploring the planet, seizing the necessary resources. The “larger crowd wins” rule does not apply here, you will have to act in small tactical groups, studying the enemy’s defense, picking up the necessary units. Each unit has its own unique skills and characteristics". And that's all we know of the game so far, so as soon as we know more, we will of cause let you know :)
Links :1) Source
at Friday, July 08, 2022